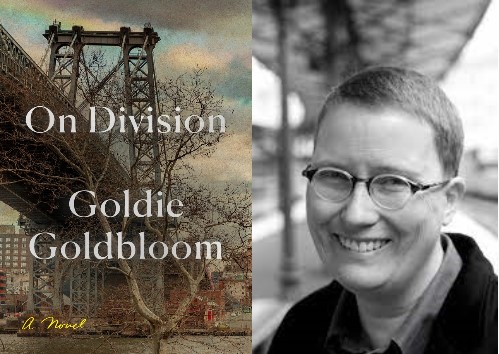 Join us for a conversation with Goldie about her latest novel On Division. Goldie Goldbloom’s first novel, The Paperbark Shoe, won the AWP Prize and is an NEA Big Reads selection. She was awarded a National Endowment for the Arts Fellowship, and has been the recipient of multiple grants and awards, including fellowships from Warren Wilson, Northwestern University, the Brown Foundation, the City of Chicago and the Elizabeth George Foundation. She is chassidic and the mother of eight children.

Through one woman’s life at a moment of surprising change, the award-winning author Goldie Goldbloom tells a deeply affecting, morally insightful story and offers a rare look inside Brooklyn’s Chasidic community

Goldie was a fellow at the Dora Maar House in 2014

Register to join us on Zoom here