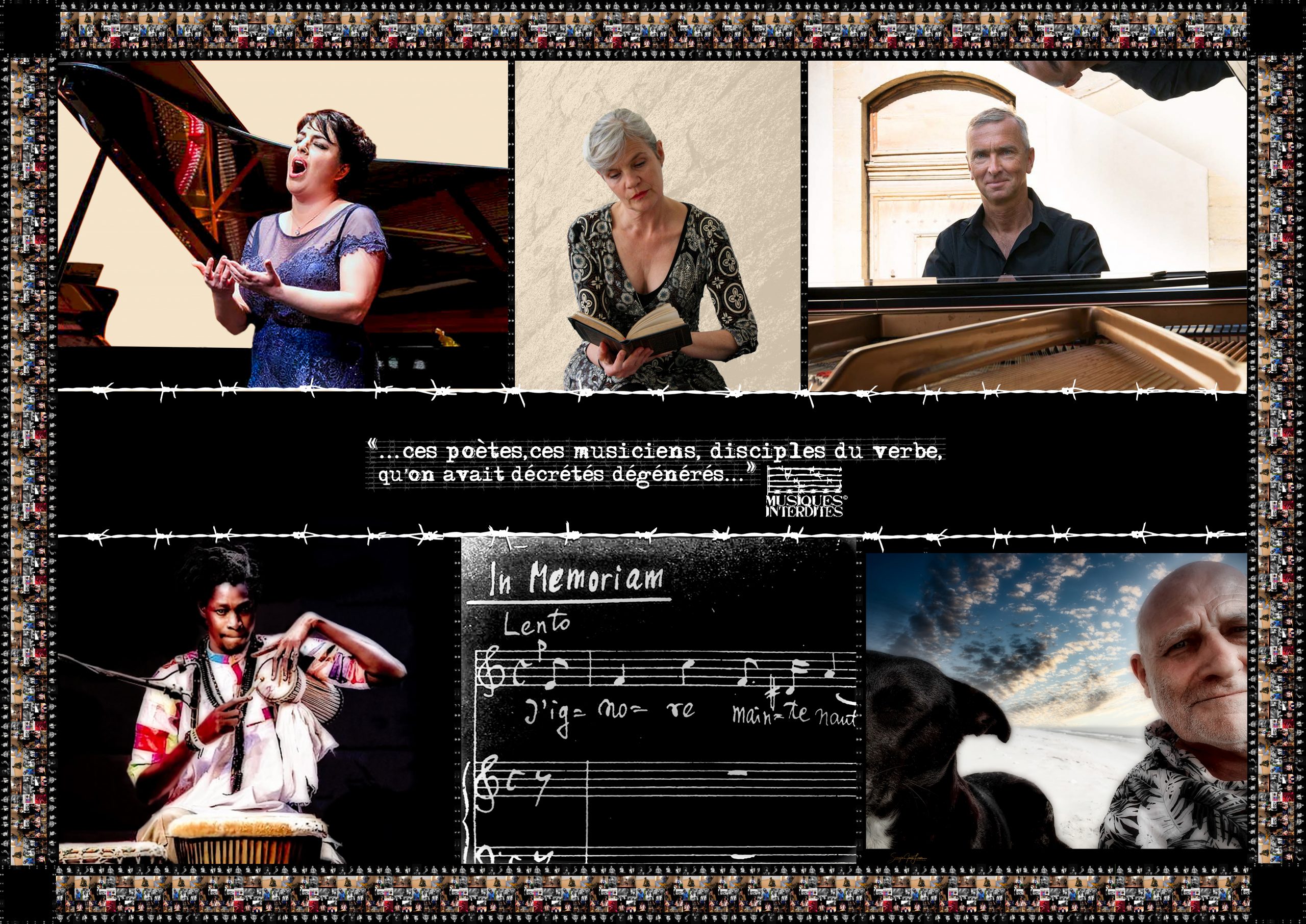 The Dora Maar Foundation chose Michel Pastore and Musiques Interdites for a musical creation in the framework of Manifesta 13 ” Disobey Orders Save the Artists ” with the American Gallery of Marseille consisting of a tribute to 13 creators under the aegis of 13 artists saved by the Varian Fry network. Musiques Interdits chose Jan Meyerowitz with an unpublished manuscript score on a poem by René Char (1944-45) and a text written by Stéphane Hessel for Musiques Interdits in memory of his friend Varian Fry. After a week in residence at the Hotel de Tingry, Chrystelle di Marco, soprano, Vladik Polionov, pianist, Maria Kholer gave an astonishing performance.