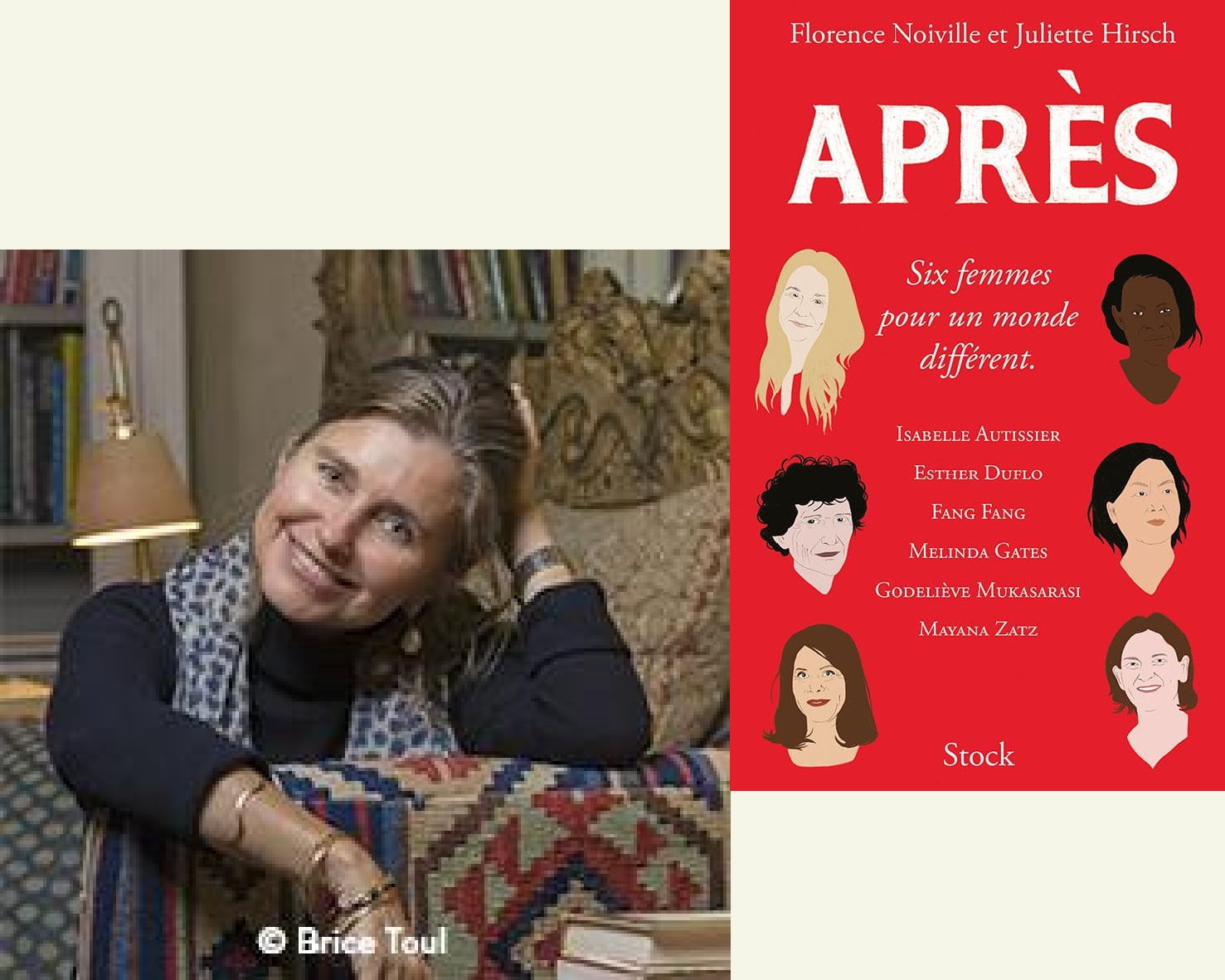 Virtual book talk with Florence Noiville and Juliette Hirsch Conference in French, on their book Après. Six femmes pour un monde différent.  Where do we go from here? Mother and daughter interview

Where do we go from here? Mother and daughter interview 6 POWERFUL WOMEN, to draw a future other than waiting for the next crisis. We will hear here the words of Franco-American Esther Duflo, Nobel Prize winner in economics; those of the navigator Isabelle Autissier, the first woman to have completed a solo circumnavigation of the world and President of WWF France; and the words of Godeliève Mukasarasi who, for her commitment during the Rwandan genocide, was designated “Woman of Courage”, The novelist Fang Fang, whose Wuhan Diary travelled around the world despite the hostility of the Chinese authorities; the geneticist Mayana Zatz, whose work on genome mapping has helped thousands of sick families in Brazil; and the philanthropist Melinda Gates, whose foundation invests massively in global health and development.

Florence Noiville, journalist at Le Monde and novelist, had already written an essay that was noticed after the economic crisis of 2008. In J’ai fait HEC et je m’en excuse, she had shown how management schools were continuing as before, without changing anything of the teaching that had led to the financial disaster. After Covid-19, she took up her pen again. Not alone, but with her daughter, who doesn’t want to live in a world that is either self-disintegrating or sinking into populism. Juliette Hirsh first studied journalism before turning her attention to international relations and public policy. She is a laureate of the “Académie Notre Europe” of the Institut Jacques Delors and a graduate of the London School of Economics and University College London.

Florence Noiville was a fellow in 2017.