23jan17 h 00 min18 h 00 minVirtual EventVirtual Book Talk with Susan Delson: SOUNDIES and the Changing Image of Black Americans on Screen: One Dime at a Time 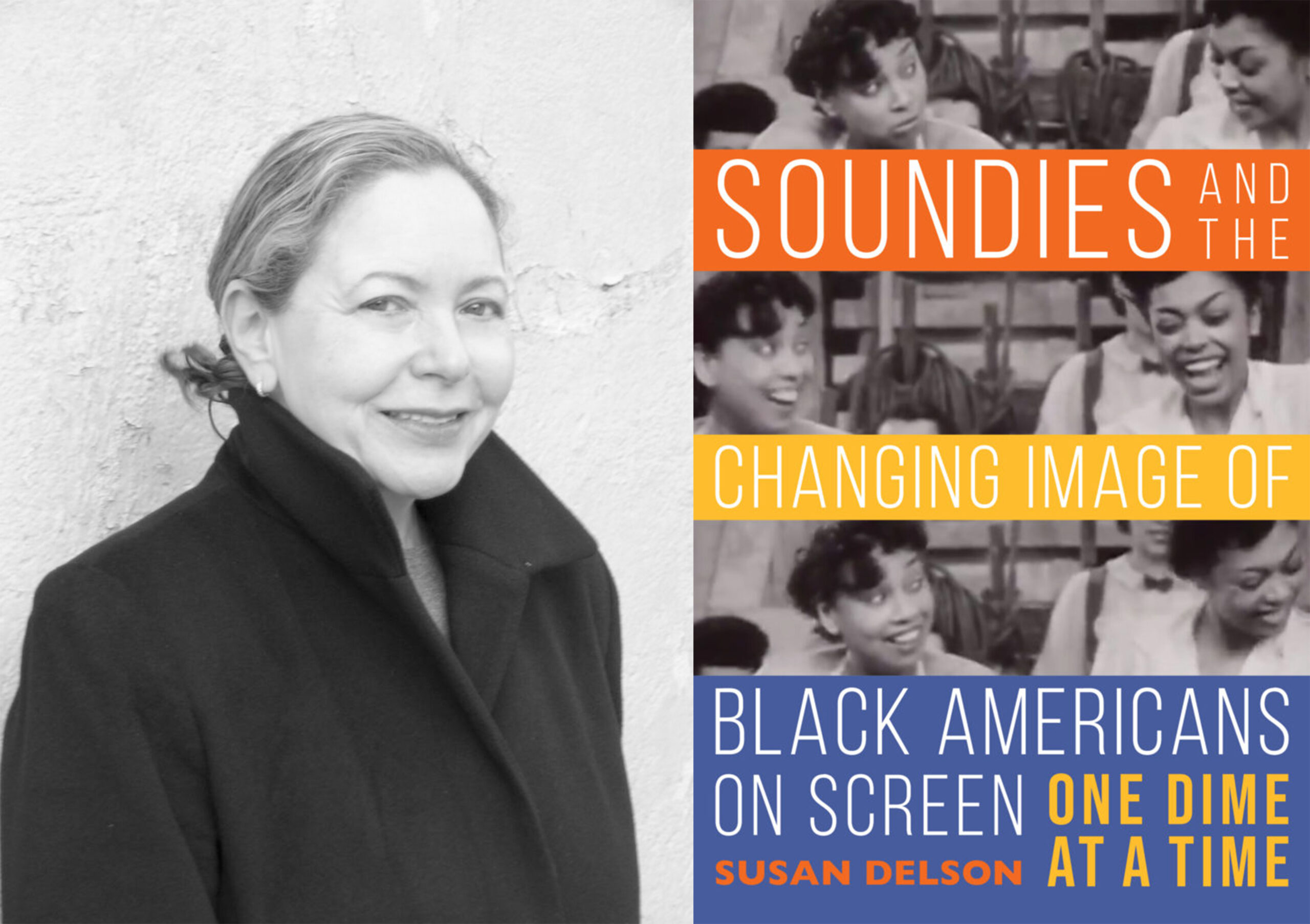 Susan Delson is an arts journalist and film historian based in New York City. Her books include Dudley Murphy, Hollywood Wild Card (University of Minnesota Press, 2006), Ai Weiwei: Circle of Animals (Prestel, 2011), and Soundies and the Changing Image of Black Americans on Screen: One Dime at a Time.

The intersection of film and art is one of Delson’s longtime interests. A former film programmer at the Metropolitan Museum of Art, she wrote and lectured on such topics as the making of Ballet mécanique, the influence of silent film on the art of René Magritte, and photographer Helen Levitt as a cinéaste. She taught for several years in the Museum Studies program at New York University. She was Dora Maar House Fellow in 2011.

In the 1940s, folks at bars, restaurants, and train stations would gather around a Panorama movie machine to watch three-minute films called “Soundies”—early forerunners of today’s music videos.

In Soundies and the Changing Image of Black Americans on Screen: One Dime at a Time, Susan Delson takes a deeper look at these films by focusing on the role of Black performers in this little-known genre. She highlights the women performers—from Dorothy Dandridge to gospel and blues star Sister Rosetta Tharpe—who were crucial to Soundies’ success, while offering an intimate look at icons of the age like Duke Ellington and Nat “King” Cole. In bringing this overlooked chapter of Black entertainment history to light, another far-reaching story also unfolds: the racial dynamics of the World War II years and just after.

Here’s a link to some classic Soundies discussed on Delson’s book and that we will discuss in our webinar: https://www.susandelson.com/video/#videos