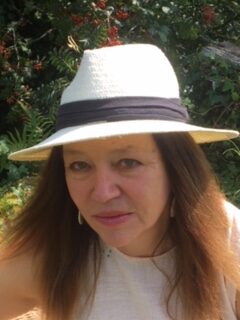 Denise Hooker is a London-born writer and art historian. Her book Nina Hamnett: queen of bohemia is a biography of the painter, muse and bohemian personality Nina Hamnett (1890-1956). It was chosen as one of the Books of the Year by the Observer and the Spectator. She was Series Consultant to the Anglo-American Channel 4/PBS television series Art of the Western World and edited the accompanying book, which was translated into French. She has recorded in-depth interviews with British sculptors for the National Life Stories: Artists’ Lives oral history project based at the British Library.  She worked as a researcher and assistant to the American writer and war correspondent Martha Gellhorn. Widely travelled, the art and culture of India is a particular interest.