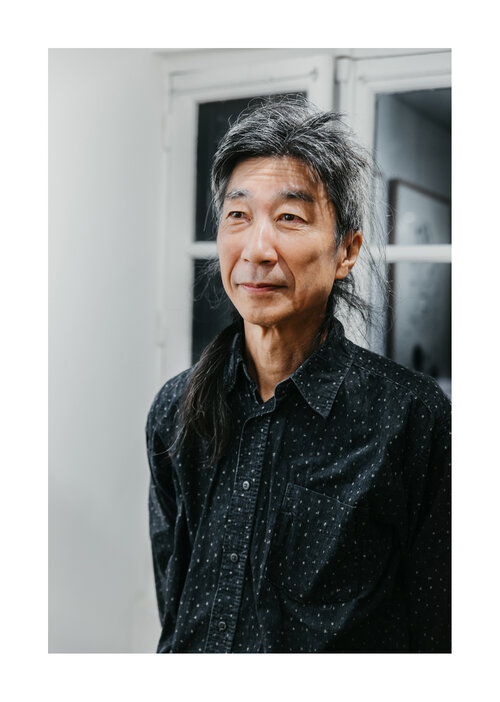 Eizo Sakata was born in Toyohashi (Japan). After leaving his job as an engineer, he arrived in Paris in 1983. Having rediscovered his true passion, which goes back to his childhood, he has been seriously involved in artistic research since 1986. His creation touches multiple fields (painting, Land Art, performance…). One of his projects, “Baisers Sans Frontières” was awarded by the Miro Foundation in Majorca (Spain) in 1998. He exhibits his work in Europe, Japan and elsewhere. In 2004, he took part in the exchange programme organised by the Blachère Foundation, and then was a member of the jury for the UNESCO Prize for Contemporary African Art. He draws with sea water, and waits for its evaporation to see salt crystals appear on the surface. Subtle black patterns are created by the dispersion of the Indian ink on the salt water, and on the other hand crystals of various sizes are formed by a slow evaporation on the white surface. (photo ©Yoann Legros)